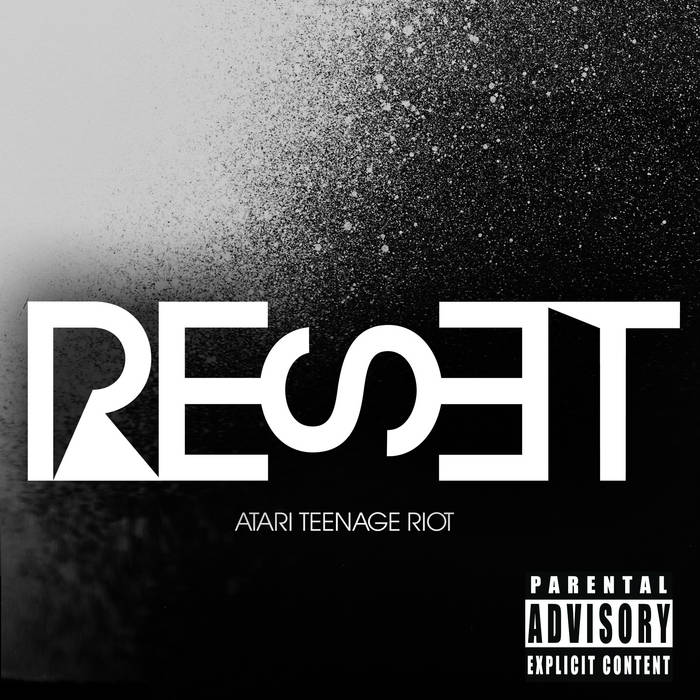 "We live in a decade where violence breeds more violence, destructive forces are at work," says Rowdy SS (aka Rowdy Superstar) on this new song we recorded and want to share with you. It's called 'Reset' and is part of an idea that many are spreading right now online. The freedom of the internet is being attacked, net neutrality, privacy as well.

Please look up the links on our website (www.atari-teenage-riot.com) if you're interested in the meaning of the song. We premiered this song live in Tokyo, Japan a few weeks ago and there was so much energy in the place, it felt great! We immediately said: "this is the song we should share with people when we're back home!'

Reset is a function on our Atari computer but the idea of deleting everything and rebooting the system has a broader meaning... You know sometimes when you're in an argument and things escalate? Instead of going over it again and again, think ahead, decide what's best for the future, reset, and move on... This is a positive message to be carried over into many parts of life.

Atari computer??? Yes, we use an Atari from the 80s to program our music. To us it’s like a dusty, old vintage guitar is to a rock band or a scratched vinyl record to a DJ. But don't underestimate it. NASA used it to send astronauts into space, too!

Who are we? We are three people: Nic Endo, she was born in Texas and moved to Berlin (the war paint on her face is a Japanese symbol that means "Resistance"), then there is Rowdy who is a rapper, musician and DJ from London, and then there is me, Alec Empire, I am the producer, I am from Berlin."

“Atari Teenage Riot ...the most radical and dark side of digital culture ...“

ATR is a collective of musicians who program their music on an Atari 1040ST computer from the 80ties.

Their music is always political, based on the poem "Riotsounds Produce Riots" by William S. Burroughs. ... more

Bandcamp Daily  your guide to the world of Bandcamp